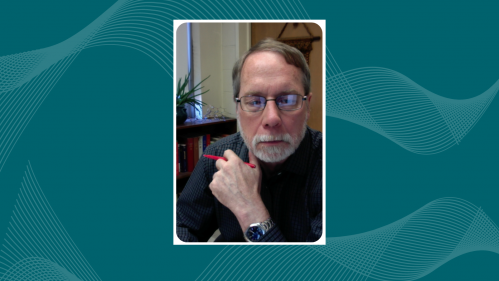 Dr. Spencer Knapp is the seventh Rutgers researcher to receive the honor

Rutgers professor Spencer Knapp, PhD, has been named a 2022 American Chemical Society (ACS) Fellow, joining 44 other higher education and industry luminaries from around the world.

The ACS Fellows Program was created by the ACS Board of Directors in 2008 to recognize members of ACS for outstanding achievements in and contributions to science, the profession and the Society.

A faculty member within the Department of Chemistry and Chemical Biology in the School of Arts and Sciences at Rutgers for over 40 years, Knapp has had a prolific career as both a teacher and a researcher, with nearly 200 students mentored, over 125 journal articles written, and countless breakthroughs made. His research into GlcNAc-thiazoline GlcNAcase inhibitors, which have shown promise as a therapeutic treatment of neurodegenerative disorders, have allowed for a better understanding of diseases such as Alzheimer’s. In fact, he and his team developed an NAGase inhibitor called NAG-thiazoline, which is the basis for Merck’s Alzheimer’s drug MK-7819, currently in Phase 1b trials. He also helped develop an anti-malarial drug known as SJ733, which is now in Phase 2 studies.

Currently, Knapp is working on a HealthAdvance-funded project to develop a small molecule mediator of macrophage migration inhibitory factor (MIF), a cytokine that is believed to be a key to controlling inflammation and cancer, to treat inflammatory bowel diseases. Knapp also founded and organized the Princeton ACS Synthesis on Scale symposium that highlights pharmaceutical process chemistry accomplishments; this has now become an annual event.

“The ACS Fellows award is unique in Chemistry in that it recognizes a career’s worth of scientific accomplishments, including service contributions such as mentoring and professional activities,” said Knapp. “The list of 2022 awardees is quite impressive, and I am honored to be included.”

Knapp was nominated for the honor by Mukund S. Chorghade, PhD, DSc, Chief Scientific Officer at THINQ Pharma, University of Chicago Professor of Chemistry Scott A. Snyder, PhD, and Bristol Myers Squibb Scientific Director Jennifer Albaneze-Walker, who received her PhD from Rutgers and was mentored by Knapp.