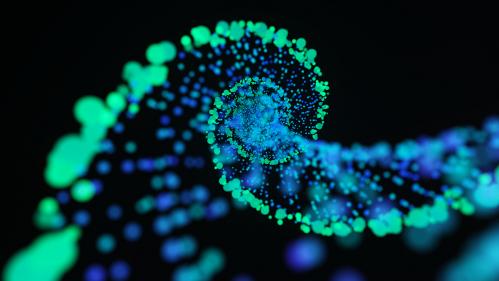 A Rutgers professor’s novel research into targeting and silencing defective, disease-causing RNA molecules has led to the launch of Ceptur Therapeutics, a startup that has raised $75 million in Series A funding.

The initial research that led to the creation of Ceptur was conducted by principal investigator Samuel I. Gunderson, PhD, associate professor of molecular biology and biochemistry at Rutgers-New Brunswick’s School of Arts and Sciences. Gunderson’s research focused on Ribonucleic acid (RNA), specifically how to manipulate and control RNA to understand its functions and treat different genetic diseases, such as certain blood cancers and neurological disorders.

At Rutgers, Gunderson was joined in his lab by research associate Rafal Goraczniak, PhD, as the two invented and developed U1 Adaptor technology, which in essence can target and silence defective genes that cause diseases. U1 Adaptors are bifunctional oligonucleotides – short single strands of artificial RNA – and while other RNA technology has difficulty targeting specific areas of the body, the U1 Adaptor innovation is in principle much more deliverable to different organs and tissues.

“Human beings have about 20,000 genes, and those genes produce hundreds of thousands, if not millions, of unique RNA molecules. These RNAs have so many functions, both naturally and in a disease state, that we have yet to understand,” said Gunderson. “I think that is where the excitement is; we know if we can manipulate RNA and control it, we can treat many different human diseases.

“The real appeal for our technology is that its novel mechanism of action can potentially unlock treatment of many disease-causing genes anywhere in the body,” continued Gunderson. “Our RNA-silencing technology offers a solution to be able to effectively treat disease-causing genes in targeted organs and tissues, which is why we’ve been able to bring in this investor funding.”

SilaGene – an early startup company founded by Gunderson and Goraczniak and supported by Rutgers Innovation Ventures, the research commercialization unit within Rutgers Office for Research – helped establish the U1 Adaptor platform technology. Ceptur, found in 2021 by Gunderson, Goraczniak and P. Peter Ghoroghchian, who serves as the Company’s President and CEO, has subsequently consolidated Dr. Gunderson’s IP portfolios from SilaGene and Rutgers and raised $75M in series A financing to promote genetic medicines based on this novel and proprietary class of RNA therapeutics; its name stems from “interceptor” with a “u” because of the U1 Adaptor technology that intercepts defective RNA.

“Gunderson’s decades-long dedication to his ideas and research, and his subsequent work with Goraczniak to develop and commercialize U1 Adaptor technology, is exactly what excellence looks like at Rutgers University,” said Michael E. Zwick, PhD, senior vice president for research at Rutgers. “Gunderson was ahead of his time in recognizing the importance of better understanding RNA and how it is involved with so many aspects of our lives. To see how far his research and technology have come is a testament to his perseverance and hard work.”

“Gunderson’s research, and the technology he and Goraczniak developed, has the potential to impact and enhance so much of what we understand about genetics and genomics,” said Tatiana Litvin-Vechnyak, PhD, associate vice president of Innovation Ventures. “Besides its broad-reaching implications to science and medicine, the commercialization possibilities of the research were apparent to us immediately. It is no surprise that this cutting-edge research created not one but two startups, and Innovation Ventures is proud to have played its part in getting this innovation closer to impacting the world in a positive way.”

According to Gunderson, Innovation Ventures played an important role in funding the research. “When I first came to them, I thought we would find a company interested in the technology, but it was just a very bad economic time. The team helped us create SilaGene and license the technology to the company. They showed a lot of support throughout the process by helping me find funding, so they were crucial in keeping the ball rolling.”

Goraczniak is a director of platform development at Ceptur and Gunderson serves as scientific advisor and head of its scientific advisory board while continuing as a researcher and professor at Rutgers School of Arts and Sciences.