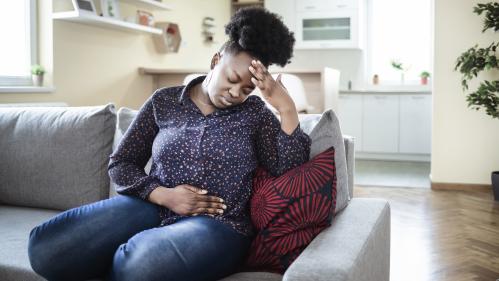 Researchers at Rutgers Robert Wood Johnson Medical School have identified immune cells in the intestine that are needed to prevent inflammatory bowel diseases (IBD) such as colitis and Crohn’s disease, which affect three million people in the United States.

The Rutgers researchers have been studying the immune response to IBD for the past decade. In a study, published in Science Immunology, researchers said that people with IBD most likely have fewer of these dedicated T-cells that are essential for protecting against inflammation in their intestine.

Derek Sant’Angelo, associate director of basic science at Robert Wood Johnson Medical School’s Child Health Institute of New Jersey, said prior research indicated that the T-cells that controlled the disease were random. This new research, indicating specific T-cells, provides a better understanding of the basic mechanisms behind the disease and should lead to more meaningful treatment for patients.

“It is impossible to target something that happens at random, so cellular therapy or treatment wasn’t an option until our study suggested the cells were not random at all but had a purpose,” said Sant’Angelo who collaborated on the study with first author and doctoral candidate Agata Krzyanowska and other medical colleagues.

The researchers found that these dedicated T-cells, which are part of the immune system and help the body fight disease, specifically help prevent inflammation in the intestine, which is often caused by what we eat, Sant’Angelo said.

This discovery has important potential clinical implications for identifying those at risk for developing IBD, he said.

“Because we can identify the specific cell, we can track the frequency of that cell and predict who could get sick,” Sant’Angelo said. “If testing shows that a patient has lower levels of this T-cell, that person could be more likely to develop IBD. Preventative measures can be adopted before harm is done.” Currently, there is no predicative marker for people who suffer from IBD.

The new discovery could also be used for a potential treatment. Using cellular therapy, the protective T cells could be transferred to people with IBD, increasing their normally low levels. Sant’Angelo considers this type of cellular therapy to be a very viable option for treatment.

“The limited treatment options have plagued people who suffer from IBD. While it will be some time before clinical trials are ready, I’m optimistic that our study can give hope to those patients that a better quality of life is on the horizon,” Sant’Angelo said.