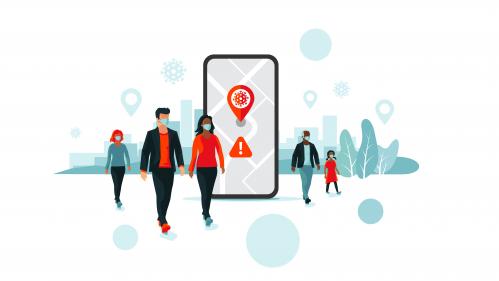 A mobile application developed by researchers Joel Caplan and Leslie Kennedy at Rutgers University aims to protect first responders and healthcare workers by identifying environmental factors that could be contagion vectors among COVID-19 positive cases.

The app, called Flatten, anonymously records locations of first responders’ who choose to participate using their mobile devices. Then it runs a risk assessment technique called Risk Terrain Modeling, originally developed by the same creators of the app for identifying spatial attractors of criminal behavior and environmental factors that are conducive to crime. The app uses place-based data to protect those who ‘serve and protect’ the community.

“Flatten is like ‘contact tracing’ used by epidemiologists, but instead of focusing on personal interactions, it focuses on places and recent past travel history. This helps to diagnose places that create situational contexts for where disease transmission is more likely, and to help mitigate these risks to prevent future outbreaks,” said Caplan, professor at the School of Criminal Justice in Rutgers-Newark and director of the Rutgers Center on Public Security (RCPS). “We can flatten the curve of first responders getting infected by using early information of those infections.”

The RTM software, called RTMDx, used in the Flatten app is a geospatial diagnostic solution employed by public safety agencies and nongovernmental organizations around the world for risk analysis and planning to inform decision-making. Following the emergence of the COVID-19 outbreak in the United States, Caplan and Kennedy were asked by research partners in Kansas City to help them use RTMDx to study disease transmission risks from a place-based perspective. The app is intended to be used by public or private agencies such as EMS units, hospitals, local governments, social service agencies or health departments to aid in the prevention of outbreaks among their frontline workers and optimize resources to mitigate risks of spreading the disease.

“For example, when users update the app with news about their positive test results, their past two weeks of travel history is anonymously mapped with other COVID-positive travel histories to determine if commonly visited settings share particular features that could pose a spatial risk. If a supermarket, for instance, is located in the area, it might mean that an employee is infected and unknowingly spreading the virus. Risk mitigation could include outreach to the business with services and support for employee testing,” added Kennedy, co-principal investigator and professor at the School of Criminal Justice.

Once an agency activates Flatten, access to the app would be provided to agency users by invitation only and would not be publicly accessible. All data is anonymized and focuses on places, not people.

“Since symptoms become evident within about two weeks or so, all data is automatically deleted in the system after three weeks. There is no long-term historical record,” Caplan reassured. “Flatten app is a data collection tool for data that we can’t collect in any other way. Most of the contact tracing apps, websites and other projects are people linking to people. This is very different because it is not about tracking personal interactions but about identifying with anonymized data common places where transmission is more likely. Even low risk behavior among people can be aggravated in places that are higher risk for transmission.”

Flatten is currently being tested by early adopters in the US. Inquiries from agencies seeking to adopt Flatten can be directed to Joel Caplan: jcaplan@rutgers.edu. 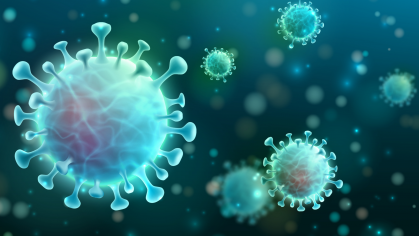 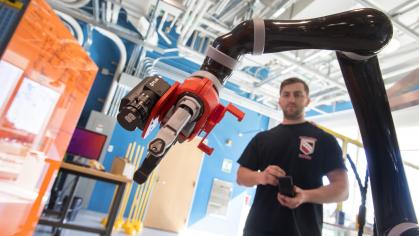 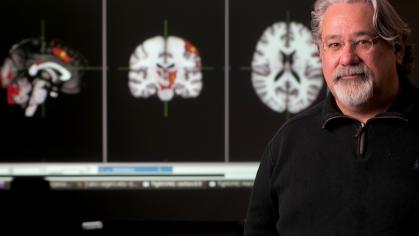