Astrophysicist Selected for Research on the James Webb Space Telescope 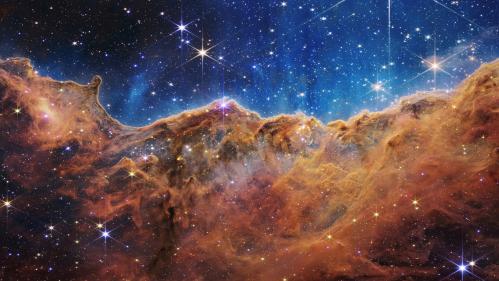 Rutgers astrophysicist Kristen McQuinn was granted early access to data from NASA’s James Webb Space Telescope (JWST) to support her research into the expansion rate of the universe, determining the age of stars and reconstructing the history of a small nearby galaxy.

McQuinn, an assistant professor in the Department of Physics and Astronomy in the School of Arts and Sciences at Rutgers University-New Brunswick, was awarded time on the most powerful telescope that has ever been put into space through a competitive proposal review process. She has been able to log in and download data to begin conducting analysis and observations.

McQuinn spoke to Rutgers Today about her research, her reaction to the stunning images from the telescope and why they are important to everyone – not just scientists.

Can you tell us about your work with the James Webb Space Telescope?

My work focuses on how the smallest galaxies in our universe formed and evolved. I will use JWST to image some of the oldest stars in nearby galaxies – including stars that formed when the universe was very young – to reconstruct the galaxies’ histories. JWST will charter new ground in this area of science with its ability to resolve populations of very old and very faint stars in galaxies that are beyond Hubble’s reach.

I also measure the distances to galaxies using the brightness of specific types of stars. Such distances are critical to determining the expansion rate of the universe, which is driven by a mysterious phenomenon we call dark energy. The measurements of the expansion rate from the near and distant universe disagree and have for a long time. Pinning down the distances to nearby galaxies can improve our calibration and understanding of the universe’s expansion. JWST will make a significant impact in my work in this area as I will be able to measure very precise and accurate distances over a much larger volume of space than previously possible. Max Newman, a graduate student in my research group, is already preparing for this type of work by calibrating a similar method using data from the Hubble telescope, JWST’s predecessor.

What ongoing research will you be doing with the telescope?

The observing time I’ve been awarded on JWST will allow me to answer fundamental questions on how small galaxies form at cosmic dawn when the universe was much denser and hotter. I will also be able to create a "cosmic yardstick" using JWST that will allow us to more accurately measure the expansion of the universe.

What exactly do those beautiful photos show and tell us?

The first images are AMAZING! We knew they would be better than anything we’ve had in the past, but JWST has exceeded all of our expectations. The images have incredible resolution and reveal objects in the universe at infrared wavelengths that were previously hidden to us. For example, the Carina nebula shows in exquisite detail a stellar nursery where stars are being born, including jets of material being expelled by stellar sources and complexes of hot dust. The image of the interacting galaxies in Stephan’s Quintet is also spectacular and resolves individual stars in the galaxies in a similar way that Hubble resolved stars in our nearby neighbor the Andromeda galaxy, only these systems are 20x farther!

Why is the release of the photos so significant? How does it advance our understanding of the universe and what we have learned so far? What will it allow us to learn going forward?

These initial images are really important. While JWST is designed to be used by professional astronomers, what we learn about the universe through JWST is for all of us. So engaging people of all ages and backgrounds in science by demonstrating JWST’s capabilities is a critical part of the success of the mission.

There are already discoveries in the data – for example, fainter galaxies than we’ve ever found before are identifiable in the image of the galaxy cluster SMACS 0723 – but the real work is only just beginning. The best is yet to come though when the data are fully analyzed and detailed results are released by different teams around the world. 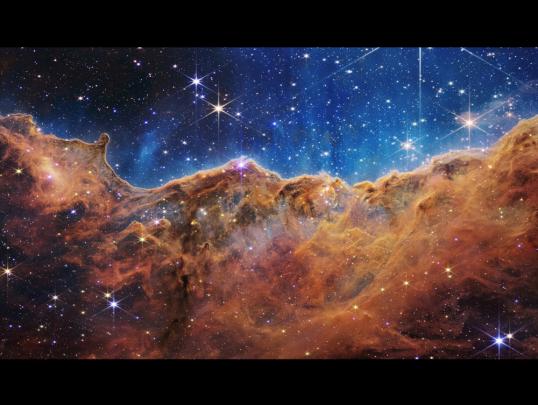 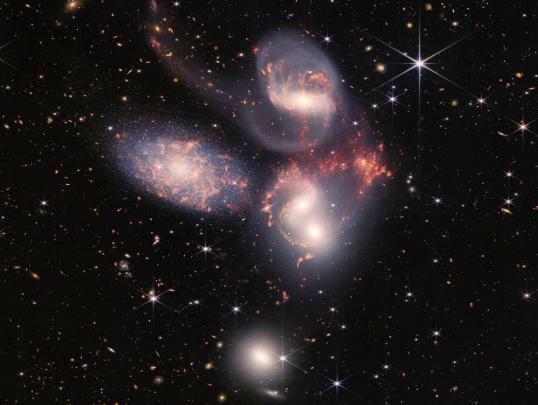 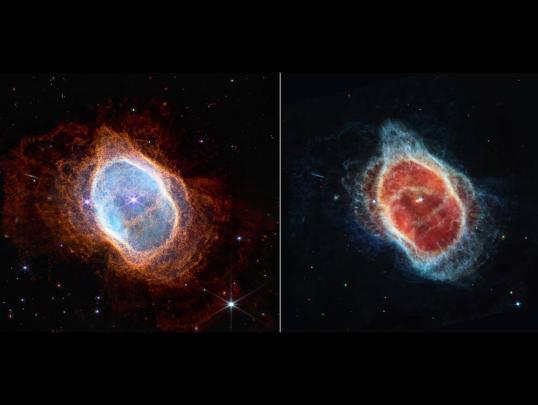 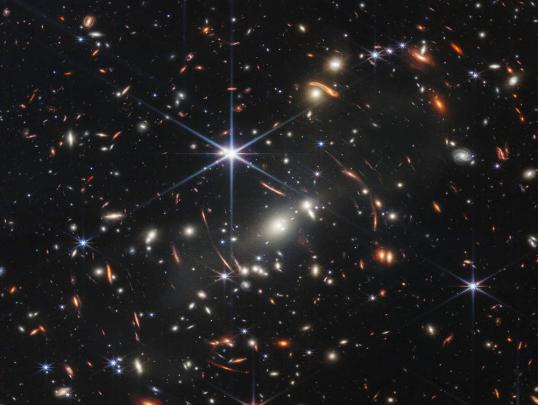 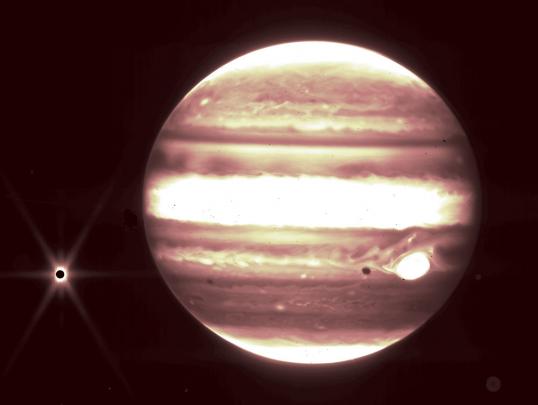 This landscape of “mountains” and “valleys” speckled with glittering stars is actually the edge of a nearby, young, star-forming region called NGC 3324 in the Carina Nebula. This image reveals for the first time previously invisible areas of star birth. Credits: NASA, ESA, CSA, and STScI

Stephan’s Quintet, a visual grouping of five galaxies, is best known for being prominently featured in the holiday classic film, “It’s a Wonderful Life.” Credits: NASA, ESA, CSA, and STScI

The dimmer star at the center of this scene has been sending out rings of gas and dust for thousands of years in all directions, and NASA’s James Webb Space Telescope has revealed for the first time that this star is cloaked in dust. Credits: NASA, ESA, CSA, and STScI

Known as Webb’s First Deep Field, this image of galaxy cluster SMACS 0723 is overflowing with detail. This slice of the vast universe covers a patch of sky approximately the size of a grain of sand held at arm’s length by someone on the ground. Credits: NASA, ESA, CSA, and STScI