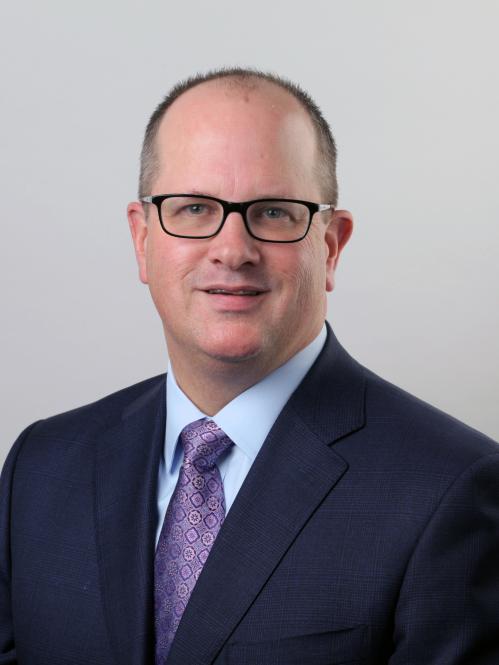 Michael E. Zwick earned a B.S. from Cornell University in Biological Sciences, specializing in Genetics and Development. He earned his PhD in Population Biology from the Center for Population Biology at the University of California at Davis. Prior to joining Rutgers, Dr. Zwick served as the Associate Vice President for Research of the Robert W. Woodruff Health Sciences Center at Emory University and the Associate Dean of Research and Professor of Human Genetics and Pediatrics in the Emory University School of Medicine.

Trained as an experimental population geneticist in both the Drosophila and human systems, Dr. Zwick's research uses principles of genetics to discover the causes of rare and common disorders. His research has combined laboratory-based experimental work with bioinformatics software development. Dr. Zwick has had continuous NIH funding since 2005, and his research has pursued diverse human conditions that include autism, dystonia, congenital heart defects, early-onset inflammatory bowel disease, biliary atresia, and schizophrenia. His current projects include being the PI of the All of Us Research Program at Emory that helping recruit a million-person cohort to advance the goals of precision medicine. He also co-chairs the membership committee for the Autism Sequencing Consortium. Dr. Zwick is also a current member of the NIAID Microbiology and Infectious Diseases B (MID-B) grant review study section.

As AVP for Research in the Robert W. Woodruff Health Sciences Center, he formed the Emory Integrated Core Facilities (EICF), which includes 18 core facilities and the Division of Animal Resources with an annual budget of more than $10 million. The EICF team comprises 135 scientists and technical staff and directly supports Emory researchers with external yearly research funding exceeding $831 million in Fiscal Year 2020. He also established the Georgia Core Facilities Partnership, a unique partnership that provides internal, subsidized rates for more than 100 core facilities to Georgia investigators. Partners include all eight members of the Georgia Research Alliance (www.gra.org), a nonprofit organization that helps business, research universities, and the state government collaborate to build a technology-driven economy fueled by breakthrough university research, provides a searchable database of core facility resources named the Georgia Core Exchange.

Dr. Zwick is a former surface warfare qualified officer in the United States Navy (Commander, O-5) who retired in June 2017 with 25 years of service. He served onboard the USS KAUFFMAN (FFG 59) for 38 months and is a veteran of Desert Storm. As a reservist, he served in multiple commands including Commander Pacific Fleet, Commander US Forces Japan, Naval Medical Research Center, and the Office of Naval Research. Dr. Zwick was recalled to active duty to support the Iraq and Afghanistan war efforts from November 2002 through November 2004. He deployed biodefense technologies in the United States Navy fleet and formulated and implemented national biodefense strategies.