Hosted by Waksman Institute of Microbiology

Free and open to all. Space is limited. 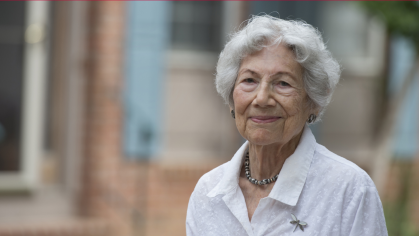 Join the celebration of Rutgers scientist and pioneer for women in the biological sciences Evelyn Witkin's centennial year and her landmark discoveries at this public symposium and dedication of the Waksman Institute's new research building as the "Evelyn M. Witkin Laboratory."

Witkin was a Rutgers University Professor from 1971-1991, a Waksman Institute Laboratory Director from 1983-1991, and she has been a Rutgers and Waksman emerita scientist from 1992 through the present. She performed high-impact research in bacterial molecular genetics and discovered the transcription repair coupling factor, Mfd, in 1973. She also discovered inducible DNA repair ("SOS repair") in 1975.